Get the advice that’s right for you

Pension rules are complex. It is rare to find a UK regulated specialist who operates globally, who can unravel complexity and help analyse your pension provision.

The pensions landscape is continually changing, with amendments to legislation, coupled with ever changing tax rules. When it comes to pension transfers. The transfer of a Defined Benefit (DB) scheme could be the single biggest financial decision you ever make and it’s vital to make the right decision to support you and your family in retirement. We can help you understand the merits of your existing Final Salary Pension and making a Defined Benefit Pension Transfer.

This is a highly complex area of financial planning that is only offered by the most qualified and experienced financial advisers. Additionally, if the value of your DB Pension is over £30,000, it is a legal requirement for you to seek personal financial advice.

Speak with an expert

We help you to answer all important questions such as:

I have heard about pension scams? Should I be concerned?

There are different types of pension scams but they can all lead to you losing a lifetime’s worth of savings in a moment.

Since April 2015 you have more choices about how you can access your pension pot than in the past. Scammers know this and will try to lure you with promises of upfront cash, early acceess to your funds, one-off ‘deals’ with guaranteed high returns.

Taking money out of your pension early can result in tax charges of more than half the value of the money you take out.

Can I protect myself against a lifetime allowance tax charge?

Transitional protection will be available for those who think they are likely to be caught by the life time allownace and might otherwise be liable to a tax charge.

Two forms of protection will be available: Fixed Protection 2016 and Individual Protection 2016. They are modelled on the protections introduced when the lifetime allowance was reduced from £1.5m to £1.25m in 2014, and the same conditions and restrictions generally apply to them. Applications can be made online from July 2016.

Fixed Protection 2016 (FP16) will work in the same way as both of the previous versions of fixed protection. It will give an individual who applies for it a protected lifetime allowance of £1.25m, reverting to the standard lifetime allowance if it is increased to above £1.25m at any point in the future.

Individual Protection 2016 (IP16) is a bit more straightforward than for FP16, but the way it operates is a bit more complicated.

In order to apply for IP16 an individual needs to have pension savings worth in excess of £1m on 6 April 2016 made up of their savings in registered pension schemes as well as any savings accrued in a “relieved non-UK pension scheme” (provided they are a “relieved member” of the scheme).
They cannot have primary protection, but they can have any of the other existing types of lifetime allowance protection

IP16 will give those who successfully apply for it a personal lifetime allowance equal to the value of their pension savings on 6 April 2016, subject to a cap of £1.25m. As with FP16, if the standard lifetime allowance increases in future beyond £1.25m IP16 will cease to have effect.

What is the benefit of cashflow planning for pensions?

Cash flow planning allows you to reflect on your current financial position, relative to your preferred position and your personal aspirations. This is then projected forward, year by year, using certain assumptions for growth, income/withdrawals, inflation, and interest rates.

Watch the video to find out how cash flow planning can help you on your financial journey.

How much is the UK State Pension?

The only reasons you can get more than the full State Pension are if:

You will not get your new State Pension automatically – you have to claim it. You should get a letter no later than 2 months before you reach State Pension age, telling you what to do.

How much of a pension do I need?

When considering how much you’ll need to retire, the phrase ‘how long is a piece of string’ springs to mind. The answer depends on what the money’s going to be used for and how long it needs to last you. The exact amount you’ll need to live comfortably will depend on your expectations and circumstances, and how much you’re willing to compromise. It’s estimated that you’ll need around 70% of your final salary to maintain your lifestyle once you retire.

What is an Enhanced lifetime allowance?

If you’ve been working abroad, then you might qualify for the benefits of the LTA Enhancement That’s because the Lifetime Allowance (LTA) is available to anyone who has contributed to their UK pension whilst they’ve been working overseas.

the LTA Enhancement is great news for UK non-residents. As all those tax payers who have been contributing to a UK pension scheme whilst working abroad (and being tax resident overseas) have not had access to the UK’s tax relief on their pension contributions, as they have been paying their income tax in a different country’s tax system.

Which is possibly why it was felt that it has been unfair to apply the British LTA and the corresponding tax charges to this part of an individuals pension saving, if they are paying income tax overseas. So the non-residence based LTA enhancement provision (sections 221-223 of the Finance Act 2004) now compensates these taxpayers by increasing their LTA.

How do I find a lost pension?

It’s important to track down all the different pension schemes you’ve paid into, so that you can be sure you’re claiming everything you’re entitled to in retirement.

Some important things to note:

If you are frojm the UK and you left the employer between April 1975 and April 1988, you will have a pension, provided, you were over age 26 and had completed five years in the scheme. If not, you will almost certainly have had a refund of your pension contributions and have no further rights.

A financial adviser can help track down lost or dormant UK pensions. There is also a new service which is run by the DWP that can help individuals track down pensions. You can find details on the pension tracing service here:

When would a pension transfer be a good option to consider?

Can I transfer a pension that is already in drawdown?

Generally yes, however If your current pension is in Capped Drawdown, it will move into flexi access drawdown. And so you will become subject to the Money Purchase Annual Allowance (MPAA). You cannot transfer an annuity to a QROPS or SIPP or other flexible product.

If you are already in receipt of a final salary/DB scheme you can no longer transfer these benefits. You can generally transfer at any time up to a year before the date that you are expected to start retirement. The scheme normal retirement age (NRD)

Do I need to take financial advice if I want to transfer my pension?

That very much depends on the pension you are considering transferring and the scheme you are transferring to.

For any defined contribution pension worth more than £30,000 with a guarantee such as a guaranteed annuity rate (GAR) you will need to need to take advice.

If you are considering transferring a defined benefit scheme that is valued over 30,000 pounds, you will also need take regulated advice from a Pensions Specialist with the appropriate permissions.

How long does it take to transfer a pension?

The Pensions Regulator sets out the rules and timelines for transfers from a final salary scheme.

There are various parts to the statutory process of transferring from a final salary scheme that must be adhered to by both the trustees of the new scheme and the old scheme. As well as memeber and financial adviser obligations.

Upon receiving the CETV the member has a maximum of 6 months to apply in writing for the transfer, and to provide proof that they have received adequate advice on the transfer. Within 6 months of the guarantee date of the CETV the trustees must make the transfer to the new receiving scheme.

At what age can I access my SIPP or QROP’s?

Currently legislation dictates that the earliest you can access your SIPP or QROPS is from the age of 55, unless you are in ill health

Can I consolidate more than 1 pension?

Yes there are no limits on the number of pensions you can transfer into a SIPP or QROPS as long as the ceding scheme you are transferring from permits transfers out.

How much does it cost to transfer my pension?

How do I transfer my pension?

If you are considering transferring from a final salary pension scheme, you need to make a written request to the administrators of your pension for a ‘Statement of Entitlement’.

Any potential pension transfer should be given serious consideration. The process is time consuming but that is generally a good thing. It leaves plenty of time to carefully consider the benefits and risks of a transfer and the potential impact on personal circumstances.​

I feel I have received the best advise I could have had and feel that my pension is now much better off than it was before I started to work with Jessica.

From the start she gave open, honest and good advice. She answered all my questions clearly and helped me understand my options

Jessica was great, she provide guidance and advice in a way that was easy to understand. She is always available to answer my questions, offer advice and help solve any issues.

Jessica provided excellent impartial sound financial advice that we have been following to great effect for the past 5-years. 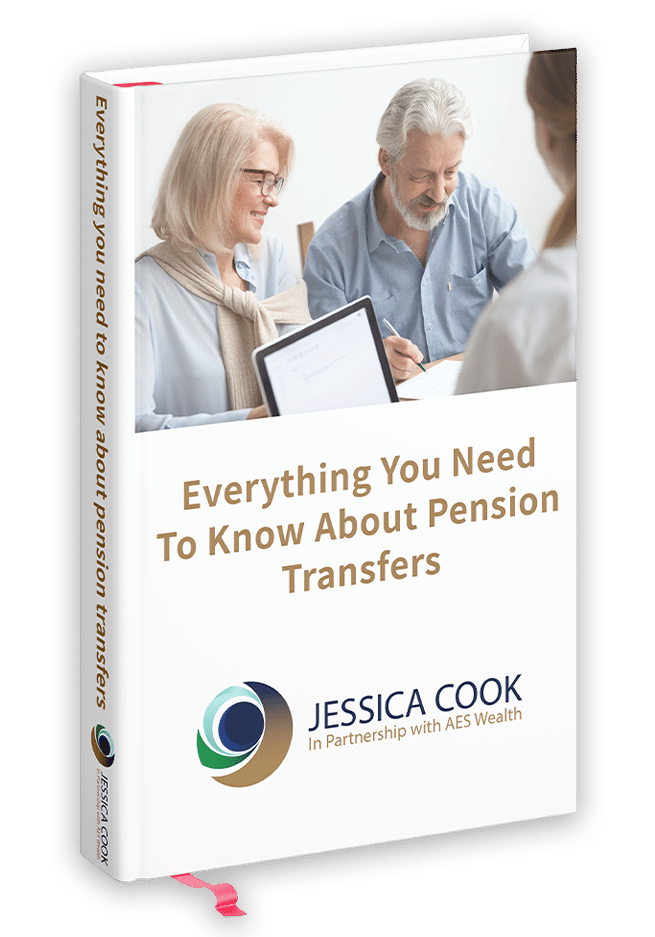 Free Download: Everything you need to know about pension transfers 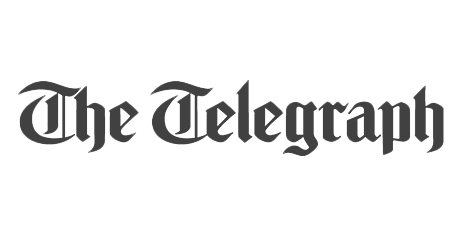 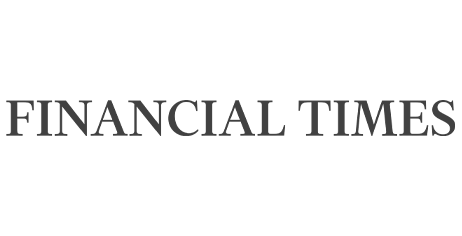 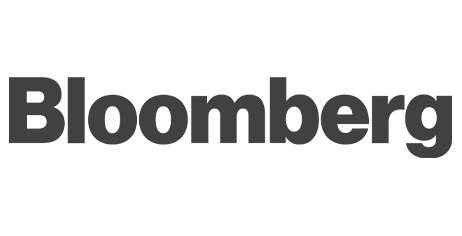 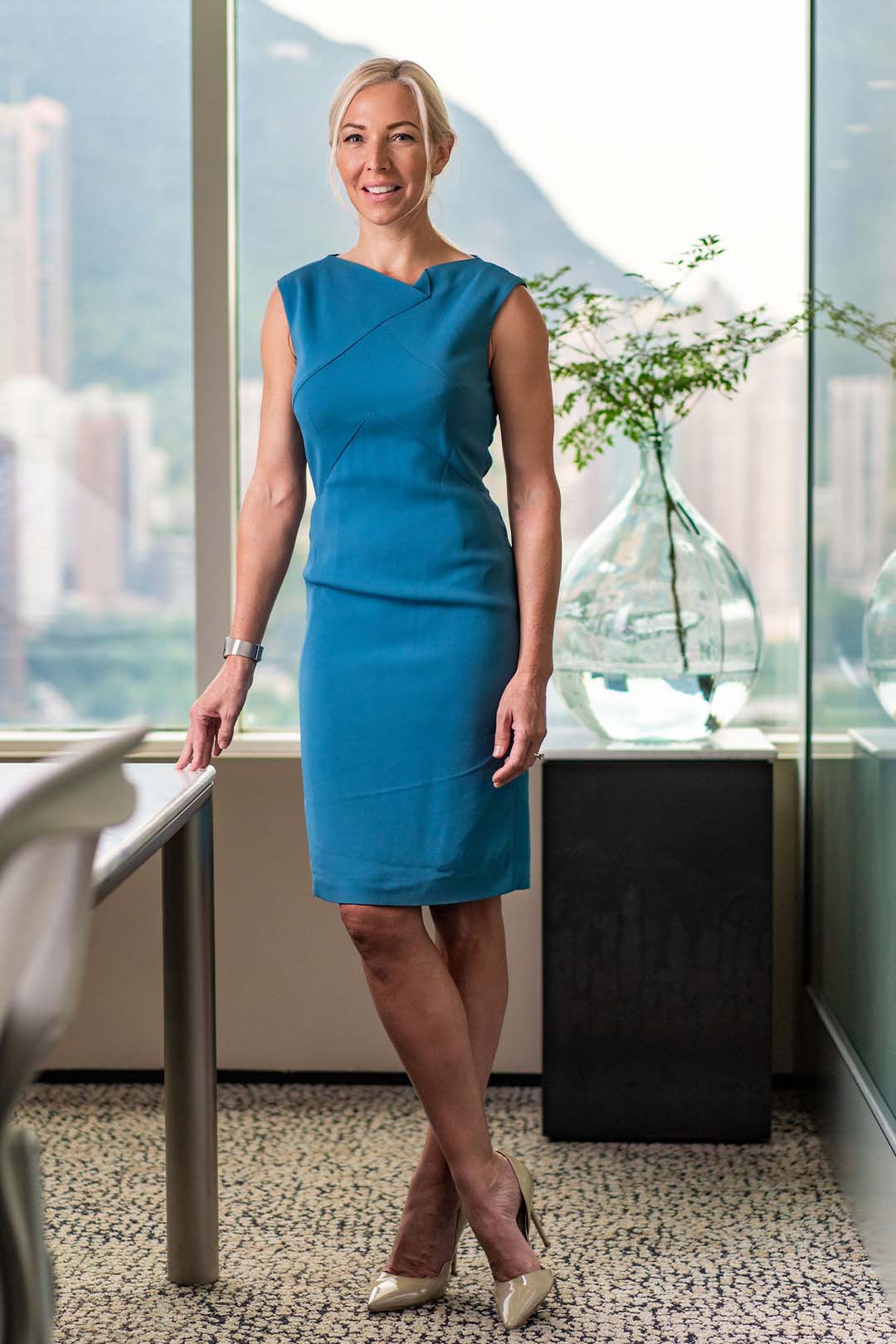 It starts with a client’s life and ends with their investments, not the other way round. Helping people live rich and without regrets, rather than dying rich and with regrets. To help people improve their lives by bringing truth, understanding, and discipline to the choices they make every day.

I’m Jessica Cook, Wealth Adviser to international professionals and families across the globe. Featured in the 2022 Times Newspapers’ Guide to the UK’s top-rated Financial Advisers.

My background is law, and a former career with the Financial Times. I’m also a regular financial columnist for multiple publications.

Working in partnership at AES International as a Private Client Adviser means delivering the next generation of demonstrably beneficial services to our clients and creating positive change.

I work with absolute integrity and dedication to my clients’ needs. With an ongoing commitment to providing professional excellence in every aspect of the advisory role.